A Stink Bug Invasion in Your Texas Home

The brown marmorated stink bug is an invasive species located all over the United States. They originated in Eastern Asia, were brought over in shipping containers, and then spread quickly. But that is not what you want to know. Most people want to know why the stink bug is called “stink” bug. Well, if you crush it, you will soon find out. (We do not recommend that.)

And if you have a stink bug invasion in your home, the tendency would be to want to step on them all to get them out as soon as possible. And again, we do not recommend this way of extermination unless you have a really good clothespin for your nose.

Good News: Stink bugs are only plant feeders and do not bite humans or pets. Like bed bugs, their fecal spotting can stain walls, curtains, and other surfaces. No one likes that! Homes with stink bugs may suffer irritation and inflammation of the eyes and nose. It is like the reaction some have from exposure to the Asian lady beetle. Those experiencing symptoms in homes with stink bugs should consult their physician.

Tom Samples Pest Control can help with stink bug invasions in your home. Contact us today for your free estimate. 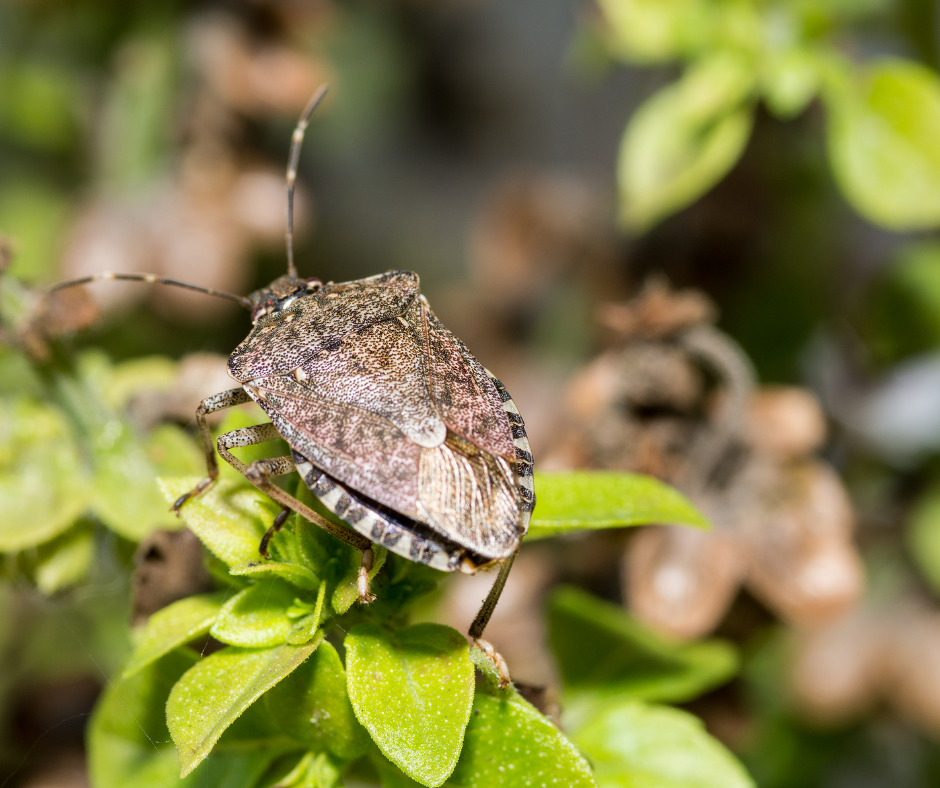 Other than being stinky, stink bugs are described in the following ways. Some call them oval-shaped, and others see a shield in their shape. They are as long as they are wide at about ¾ inch. And their legs extend from their sides. The brown marmorated stink bug is brownish with light bands on the antennae and darker bands on the wing. And, yes, they can fly. In fact, they are good fliers that appear when the nymph becomes an adult.

When threatened or crushed, the stink bug odor is released. And it smells like potent herbs such as cilantro or coriander. And this smell can last for hours, so sweeping them out is best.

Similar to a lot of pests, female stink bugs lay their eggs in the early spring. And each time, she can lay as many as 28 eggs. Unfortunately for us, stink bugs mate numerous times, resulting in a female laying as many as 486 eggs in her lifetime.

There are approximately 250 various types of stink bugs in the southern United States. In addition to the pesky brown marmorated stink bug, there are other kinds of stink bugs that look similar:

They live in backyards, gardens, and along roadsides. But they’re also known to infest houses, buildings, and more. You see, the stink bug has made its way throughout practically all the United States. However, the bulk of the population lives in the south and is particularly bothersome here in Texas.

Overwintering is the way an insect spends the winter season. This can be done inside buildings, under tree bark, or beneath fallen leaves and such on the ground. All overwintering sites protect the insect from the harsh winter conditions. During this time, activity almost completely ceases until conditions outdoors improve.

Sound familiar? This method is much like the hibernation bears use to avoid the winter cold. However, there are many ways insects utilize overwintering. These are the genius designs created for insect overwintering and a few examples of insects that use these methods. 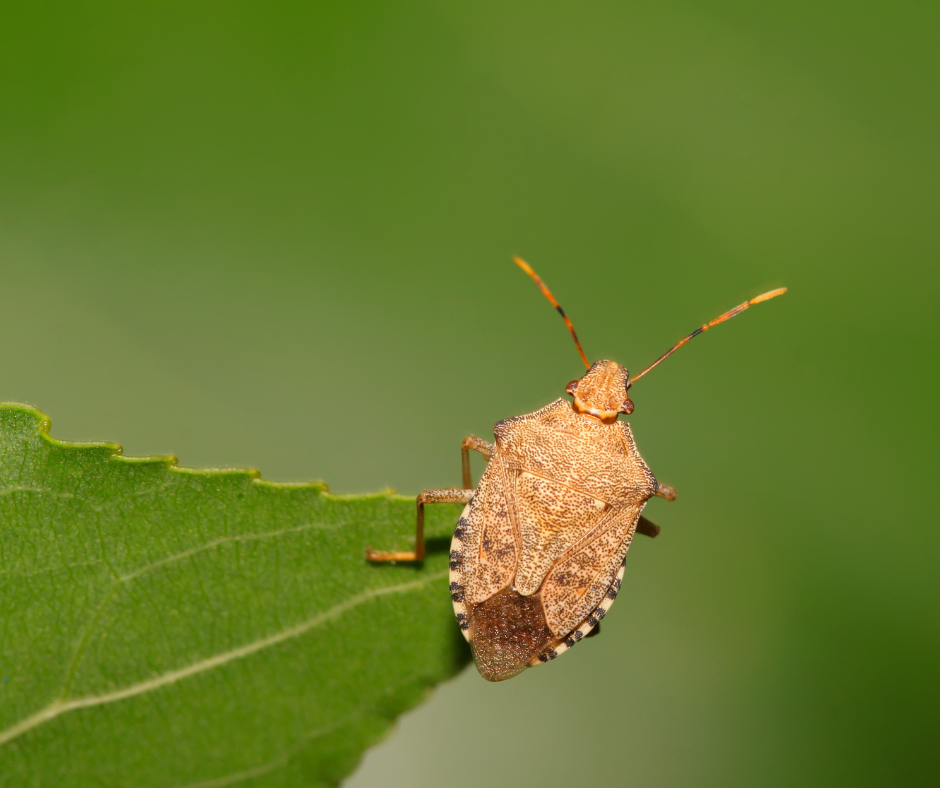 Signs of an Infestation

In late summer to fall, homeowners seem to find these pests attempting to enter the home. When it gets cooler outdoors, these bugs are looking for a place to overwinter. Typically found in large numbers, they can destroy a crop in no time flat.

When they are spotted in the home, a professional exterminator will be needed to assess the severity of the infestation and determine the entry points. Should you find them in the house, call an exterminator, and then you can sweep them up and dump them outside in the trash.

How are Stink Bugs Getting into Your Home?

Well, that is a great question, and we have the answer. You see, older houses with poor insulation and structure or window sealant cracks are ideal for allowing stink bugs to come right on in. They will make a home in your walls or under the carpets during overwintering. Once they wake out of their sleep, you may find themselves with a full stink bug invasion.

In addition, stink bugs have piercing-sucking mouthparts. Both adult and nymph stink bugs have a proboscis that permits them to puncture the skin of vegetables and fruits and draw the juices from them. And the evidence is a broken pockmark and discoloration on the skin of the fruit or vegetable.

Oh, and stink bugs love citrus fruits. However, they won’t turn down vegetable crops such as corn, tomatoes, and stone fruits. They’ve even been known to damage shade trees and ornamental plants.

If you’re worried about an invasion in your house, be sure to take Tom Samples measures such as the following.

Then, if they persist after your initial treatment, it’s time to call in the professionals. After all, it is what we do.

Contact Tom Samples Pest Control so we can get rid of your stink bugs for good. 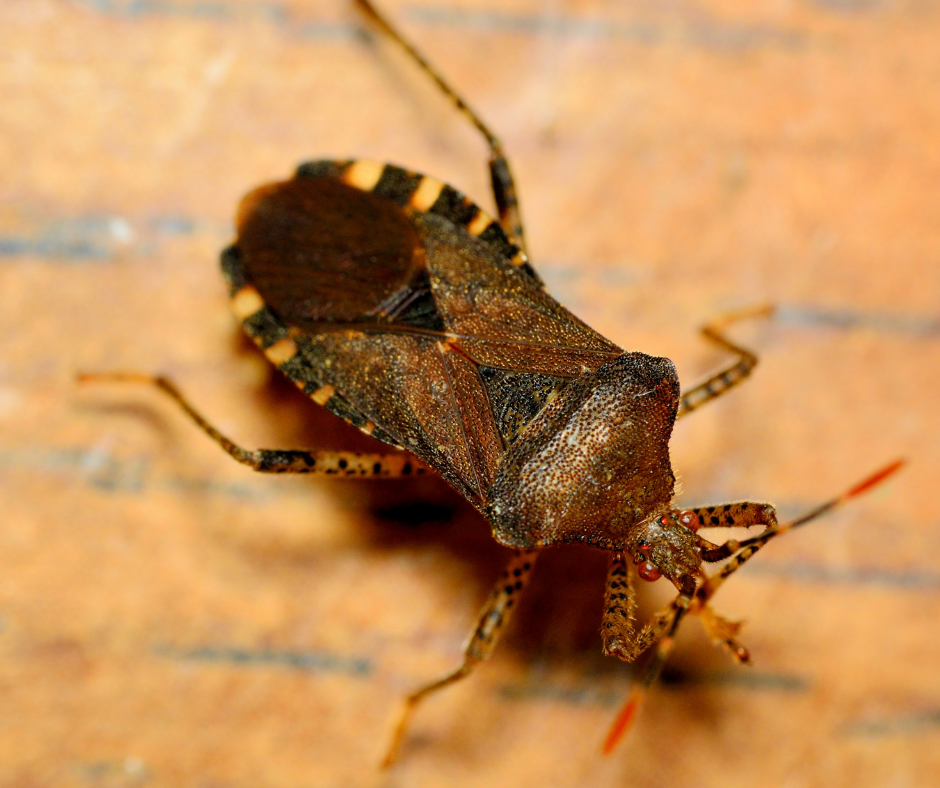 No matter the season, the professional exterminators at Tom Samples Pest Control are here for your stink bug and general pest elimination needs. We offer full-service treatment options for year-round pest control.

Click here to learn more about our pest control services.

What’s more, our company is always staying on the cutting edge of the pest control industry. We offer a wide variety of pest, mosquito, termite, and preventative solutions to our clients. And, we pride our business on keeping our friendly, quality customer service while maintaining the highest training and education levels possible.

If you’re in Midlothian, Springtown, or the surrounding areas, then you’re in luck! You’re just one phone call away from a pest inspection and quality pest control.